After the last blog I wrote, “Letting Go” I got 2 buckets of feedback….

That is where this follow-through blog took shape.  I felt I must share with you where I royally screwed up & what I learnt from those experiences….inspiration for the title of this blog.

Some of you may know the story of a small boy who was learning to cycle. His mother was cooking, & watching him through the kitchen window. The boy made his first round very tentatively, cycle shaking vigorously, trying his best to maintain balance. In the second pass, the boy was confident, rode the cycle well, maintained perfect balance. As he passed the window once more, he shouted to his mother….” Look Ma!” and whizzed past. Third round he had acquired the confidence & skill and shouted out,” Look Ma, no hands!” … he could ride the cycle without holding the handle!! The Mother clapped. Emboldened, the boy increased speed & was more experimentative. In the fourth round, he shouted, ” Look Ma, no teeth!” ….obviously he had had a fall, & broken his front teeth!

In  34 years of my Corporate life I too have fallen often. Why only teeth, I have lost many more things….my confidence, courage, arrogance, faith and my trust. This blog recounts some of these stories. So hear ye, hear ye, hear ye….how this fool lost his teeth, bruised his ego, and much more!! Some journeys need no roads, only a willing heart! 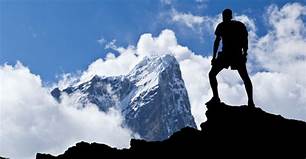 The nadir of my professional failure was when I left my AsiaPacific Director’s job in Johnson & Johnson and joined VVF as Global Head of HR. I was doing well in J&J but the travel was burning me out. A consultant friend (whom I later realised was no friend of mine), sold me on a stable job in Mumbai as Global Head HR for VVF. It seemed a logical progression from AsPac to Global role:  company had solid growth , 8 plants in India, 6 plants abroad, all good! Too good to be true I realised when I joined, as it was a company with zero professionalism, family owned and managed heuristically, no systems and processes and worst : no appetite for change! Directly from being on top of my professional career, I was dumped into a black hole in Sion. Except protecting my monetary package, the company gave me nothing….no freedom to operate, no chance to learn, no opportunity to contribute. Decisions today, were overturned tomorrow. People were treated as fodder for egos of owners and entrenched “mulajim” who knew how to do “han-ji han-ji” to survive & thrive. In true noir humour, my friends said your title should not be Global Head HR but Global Head HR (Sion)!! That was the job I had!!!

I was desperate to quit …first time in my life I dreaded going to office, as i did not know what surprise awaited me. Vinita saw how badly I hurt every day I had to go to office. She advised me to just quit. Tough call,  but I was clear : having done no wrong, I would not quit without a job in hand. 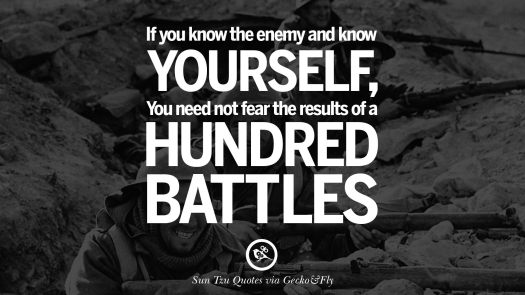 Fortunately I could leave in 9 months, but the role I landed in, I had to adjust to a 20% lower compensation. There was no choice (the proverbial Devil and the Deep Sea); at least I was protecting my soul & sanity.  Again I left in 4 months. After this short-lived adventure I joined General Motors, who placed me at Pune where I wanted to be & even restored my comp to pre-existing levels. While I was leaving Onida, the gracious Chairman asked me why I was leaving so soon after  joining. My answer  was “Never reduce someone’s compensation as that becomes a festering tumor which hurts the person daily” Big learning for me was: never think you can win by vanquishing the other person. Leave him his life, leave him his space so that he retains his dignity & honour. A principle which has stood me in good stead in life. A time tested formula followed by the Greek Kings as well as our own Chatrapati Shivaji. Long Live Win-Win!!!

Early in my career, I realised I must learn to face my fears. The head in the sand model may work for the Ostrich, but for us humans the sand storm sweeps us away, if we do not proactively plan our way forward. I remember many examples where I fell grossly short. At HCL I took responsibility for a Marketing launch meeting, relied on others who promised they would do their part, & ended up with egg on the face in front of Directors as no preparation was complete; as others had not done their bit & I had not checked. At Siemens Corporate Office I called for a walk-in interview in morning at office opening time. Since my staff bus came in late, there was a 150 people’ melee around the Corporate Office reception which could barely seat 10. I reached 75 minutes late. I did not know there was a Board of Directors meeting scheduled same day & they could not enter the office because of the crowd. The Personnel Director had to arrange Security to escort them to the back of the building and bring them in from the Garbage entrance! The US Army has coined a great word to describe such things: SNAFU: ie Situation Normal, All Fu..ed Up!

Another classic memory is of a training event arranged in Atul, Valsad where the program was wrongly scheduled on a festival holiday, got rescheduled and all people informed….only we forgot to inform the external visiting faculty who travelled from out-station all the way to face an empty training room. In Siemens,  once I rescheduled the weekly off for the Maintenance group of a 4500 employee strong factory. Maintenance people protested and did not follow the revised schedule, resulting in 2 mandays lost for the entire group.

My lack of numerical ability  often created errors in increment/promotion letters, where we had to withdraw letters and issue fresh ones. This happened with so much regularity that one kind hearted colleague offered to always become an “audit step”, before the letters were issued to employees. I rejoined Siemens after a gap of 6+ years as GM HRD. But the company & culture has changed so much in that period that I felt like a fish out of water, and was scrapping daily with friends & colleagues who had welcomed me back!!! Quickly I left again, as I was miserable in Siemens. My list of faux-pas are legion and so I must cut short their litany. But all of them had to be faced, accepted, apologized for, changed & corrected. My bosses trust was often shaken;  but intentionality & help from friends ensured I never got fired, though I was lectured often.

So where does all this lead us? I tell you: Life is what it is. And Shit happens. Especially when you are least expecting it. And that is ok. The glorious uncertainty of life makes it all worth living. If it was all predictable we would have long been bored. Chess is the best game only because of the possibilities and probabilities are enormous. And indeterminate.  So my learning in this game of Life, and of HR, is that you need to play the game best as you can. Do not try to control , as like sand it will slip out of your hand. Face every challenge and every day with a smile, keep a true heart, focus on the max good for the max people and you will come out right. Be Open. Do not attempt to be a Master of the Game. Rather be a Player. Just pick up the learning each mistake brings to you. Trust the Process. Go with the Flow. You will be a Winner.

I end with advice from one of the best influencers in my life, Ayn Rand who says,“Do not let your fire go out, spark by irreplaceable spark. In the hopeless swamps of the not quite, the not yet, and the not at all, do not let the hero in your soul perish ... The world you desire can be won, it exists, it is real, it is possible, it is yours.”