Every journey involves change… letting go of the past experiences, opening yourself up for new ones, a restless quest for moving on. If you look at all the mythology and history, take the Greek gods or our Indian pantheon, all Heroes have embarked on a successful journey, reached their avowed goals, and then set new targets and moved on!! Sports, Politics, Business, Athletics….every form of human endeavour essentially follows the same circle… dissatisfaction with status quo, stretching out, leaving your comfort zone behind, venturing into the unknown, going through fear uncertainty, conquering new horizons. The journey from the Known to the Unknown.

And a true hero does not rest there. The cycle continues and that is how you breach new frontiers like Alexander the Great, or keep breaking your own record again and again like Sergei Bubka. Is the crown a hero wears too heavy? The relentless pursuit of the next goal, conquering the new territory, putting your flag on a higher mark, breaching the new pedestal is what keeps the Hero going. Edmund Hillary who was the first to climb the Everest did not succeed in his first attempt. Apparently, after one unsuccessful attempt, he was resting in his tent at the Base Camp. He could not sleep in the night…the image of the towering Everest kept him awake. Finally, he got up and came out of the tent, looked the mountain straight in the eye, and uttered the words which became famous , ” Yes I failed in my climbing attempt. But you are a mountain. And you cannot grow. I am a man, and I can. I will come back again and conquer you!!”. Onward Ho! Herman Melville catches the fervor right in his iconic Moby Dick when he expresses Captain Ahab’s innermost thoughts, ” “I leave a white and turbid wake;
pale waters, paler cheeks, where’er I sail. The envious billows sidelong
swell to whelm my track; let them; but first I pass. Yonder…

I differ from the conventional thinking that Opportunity Knocks! No, it does not wait at every doorstep and invite you. It continues on its path and you must show your heroism and your readiness to catch it, before it passes you by.  The world is replete with stories of people who “almost” made it, but did not, as they did not see the call to adventure and did not leave their comfort zone and did not risk taking the fight into the open seas of competition. Being a Hero is about being ready to change. Achievements are made up of sheer daring, risk taking backed up appropriately by competent plans. Finally ends illuminate the means. As you relentlessly pursue your goals and follow the paths that open, even as you travel, new horizons open up.

Trust the Universe. मंझिले और भी है. Take heart,  astronomers say there are 300 to 500 billion galaxies out there. Hence it is up to the Hero to pursue and to follow through, taking heart from Ulysses’ famous words, ” T’is not too late to seek a newer world…that which we are, we are,/ One equal temper of heroic hearts/ Made weak by time and fate, but strong in will,/ To strive, to seek, to find, and not to yield” (Lord Tennyson) 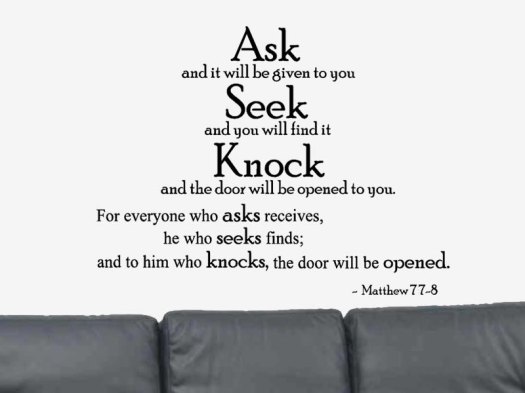 Whether you study the Indian folklore Heroes like Ram or Arjuna or Krishna or the Greek Heroes like Heracles or Achilles or the modern day James Bond or Rajnikant the thread that joins all these stories together is the cry of the battle. All Heroes are warriors in their own unique way. They challenge status quo and change the situation for the better. They battle the evil forces whether circumstantial or human to create a better world. Modernistic warriors like Alexander Fleming or Madame Curie did the same. Hargovind Khurana or Stephen Hawking illuminated spaces and questions which looked like Mount Everest in the way of progress. Gandhi and Martin Luther King and Mandela brought a better life for fellow humans. Scientists and Technologists who are working on a diverse palette of problems that face mankind are warriors in their own right. In the modern trade and business contributions of Bill Gates & Microsoft; Larry Page & Google; Jeff Bezos & Amazon and our own Azim Premji  and Narayana Murthy have fought their own battles and changed the world for the better for their fellow humans.

Societal change is never easy. The Warrior has to have faith, self confidence and a vision to take up cudgels on behalf of the hoi polloi and bring about a change. These modern day heroes have to set new directions and go in and light up the road for their co-travelers. What matters is their effort. Their commitment. Their dedication and devotion. Their willingness to do what needs to be done. All progress begins with dissatisfaction with the way things are. And it ends in finding a better, easier, more efficient way to do the things. So change readiness is the new success mantra. Don’t wait till it is broken. Fix it, improve it, change it even while it is working so that discontinuous change takes us into progressively expanding orbits opening the gates to a much better and brighter new world.

Children spend many years of their childhood being afraid of darkness. I think, correspondingly, Adults are afraid of light! Around us we find many examples : Adult  just do not want to see! The task of the new Hero is to show a mirror to his fellow beings. If required the Hero will have to turn the mirror 180 degrees around and help others face reality. He will have to shake us all out of our inertia.  And take us on the road of change. History has proven that the times and the need of the times throw up leaders and heroes. Let us await the coming of the Wise Kings who will lead and deliver us.